We will Help You Find the Home of Your Dreams.

To buy, Sell, Rent or Lease

I Want to Buy

Are you planning to buy a property in Warangal, Hanamkonda or in Kazpet then feel free to contact us. You have so many property options to choose from through us.

I want to Sell

If you own a property with clean Documents and willing to sell it then do contact us so that we can find the buyer to your property. We have a lot of buyers looking to buy.

If you own a property and want to Rent it or Lease or if you are searching for a property for rent/Lease. Contact us

Here is our new service especially for non-resident Indian where we have a separate team of people who will help you find the property anywhere in Telangana. From suggestions to Buying, Selling, Construction & More. 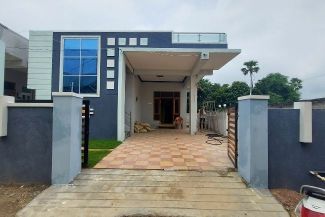 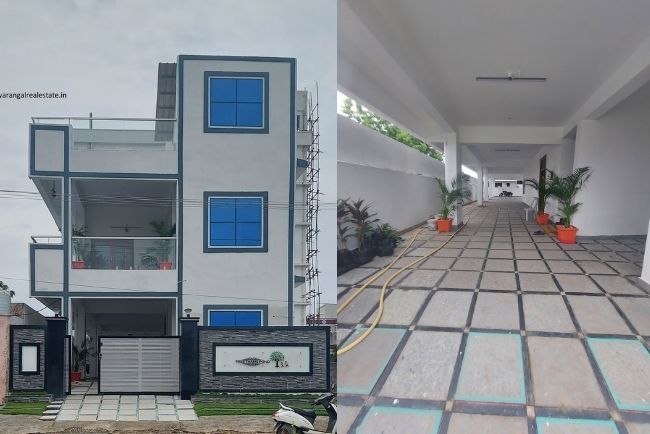 Join WhatsApp Broadcast & Get houses/Plots for sale in Warangal directly to your WhatsApp.

To join our WhatsApp Broadcast you have to save our number: 720 749 2341 as Warangal Real Estate

Ask us to Add in Broadcast

We Can Help You

What Are You
Looking For?

Help you find the right buyer or seller after going through the legal verification of a property.

Shvas Design Studio which is one of the top architects in Hyderabad and across Telangana. Contact for Architect & Interiors

The stages of your real estate project

1. You discuss your project with one of our experts in order to define your objectives and criteria, a precise budget, and the area in which you wish to invest.

2. Our experts present a selection of properties that match your criteria. You can view all the opportunities with their photos, characteristics, and profitability, within your budget.

3. You make offers on the opportunities that interest you. Our teams answer your questions and help you negotiate.

4. Once the offer is accepted, we take care of all the notarial and administrative procedures.

Kazipet, Hanamkonda and Warangal are together known as tri-cities. But, Warangal as a district comprises many rural areas as well that are yet to be developed. Warangal has been chosen as one of the eleven cities in the country for the Heritage City Development and Augmentation Yojana scheme by the GOI.

It was also selected as a smart city, making it eligible for additional investment to improve its urban infrastructure and industrial opportunities under the Smart Cities Mission.

You can find the Kakatiya Kala Thoranam in the emblem of Telangana, it was included by the state government. The Ministry of Tourism has awarded Warangal district as the best heritage city, at the National Tourism Awards for the year 2014–2015. You can expect much more development in the Warangal Tri-cities.

Apart from its historical heritage, Warangal also has some notable educational institutions such as the National Institute of India, Warangal, Kakatiya University, Vaagdevi institutions, Bits, SR University, government polytechnic etc. You can find many schools in the city as well.

The Warangal Fort, Thousand Pillar Temple and Ramappa Temple are the World Heritage sites recognised by UNESCO. Bhadrakali Temple lake is said to be developed into the largest first Geo-Bio-Diversity cultural park in India. waddepally lake and Dharmasagar are two other famous lakes in Warangal.

Some of the most celebrated festivals include Bathukamma, a floral festival. Sammakka saralamma jathara also known as Medaram jathara, a popular religious congregation in the honour of Goddesses at Medaram of Warangal district.

You will be able to travel to all the major cities in the country via road and railways. There are two major railway stations namely, Kazipet and Warangal.

You can find so many hospitals in the city for Health care. MGM is the largest hospital with patients from other districts as well.

With so much development happening in one or the other corner of the city there is a noticeable increase in real estate as well. And if you wish to buy a Real Estate in Warangal check out some of these top localities like waddepally, Hanamkonda, Khazipet.

There are a few things you need to keep in mind before purchasing any property. Below we will explain what type of property will reap more profits. Read on!!

Location is still at the top of our checklist, for profitability in Warangal real estate. Amenities nearby ( like schools, bus stops, railway station, hospitals, malls, airports etc.), the neighbourhood, view from home, are some of the things you need to keep in mind that play major roles when it comes to residential property valuations.

One of the most most important things you cannot miss is to view the property in the long term as well. You need to be aware of how the locality is expected throughout the investment.

Your residential value may depreciate if the peaceful locality is developed into a noisy manufacturing area in the future.

If you are looking to invest in commercial properties, check for proximity to warehouses, markets, transport hubs, freeways and tax-exempt areas.

It depends on various factors such as do you want to invest in a vacant land so you can resell it with more profits in the future? Or do you want to purchase an apartment that you can rent it out and have a stable passive income?

Whatever it is that you want to purchase your research should include a thorough check on ownership of the property, type and intended usage of neighboring locale, establishments, and free land in the locality as well.

Our suggestion is to purchase an independent house in Warangal or Hanamkonda or a villa if you have the budget as its value will increase with the land value. The downside of purchasing an apartment in Warangal is that you will have to resell it within 10 to 20 years as its market value depreciates.

And if you are not looking for any passive income from the property you want to purchase then vacant land in an underdeveloped area will be the right choice. It can only be a right if you are planning to resell it in the future as the land will see a considerable amount of appreciation as the locality develops.

Real estate cost estimation includes a lot of things such as real estate financing at the time of purchase, listing price during sale, investment analysis, and taxation etc.

Buy & self-use: This is for those who wish to save on rentals, you can expect benefits of self-utilization and value appreciation as well

Buy & lease: Go for this option if you want to have a stable regular income & long term value appreciation. If this is your end goal, then prepare to become a landlord and all the responsibilities that come with it such as handling possible disputes & legal issues, managing tenants and repair work etc.

Buy & Sell (Short Term): If you are looking for quick, but not a considerable profit, then under-construction properties are the best option for you. You can sell these properties at a slightly higher cost once ready to move in.

Buy & Sell (Long Term): If you are looking to invest for long-term aims like retirement planning and such, opt for big value appreciation over a lengthier period.